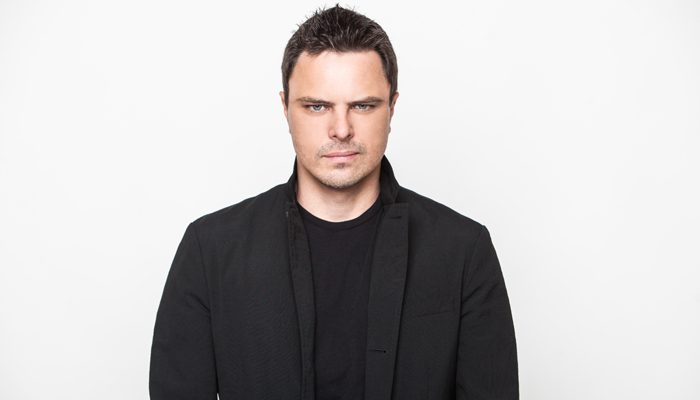 JMG: You have an open to close set at Stereo Live on March 19. How do you prepare for a set like that?
Markus Schulz: The obvious aspect to identify is that physically it’s quite challenging, so maintaining a healthy diet is essential. Around a few weeks out from a solo set, I’ll cut out all alcohol, and in the gym my main emphasis will be on cardio. After a gym session, if there are a few people around, we sometimes arrange basketball games to play, which helps my routine, too.

On the night of the show itself, I won’t eat much during the day, and stick to a light meal in the hotel before leaving for the venue. I’ll pack some nuts and berries in the bag containing my DJ gear, just in case the energy levels begin to drop towards the end. And the golden rule is no alcohol during the performance whatsoever.

Musically, my approach towards an open to close solo set is to envisage a regular club night with three separate DJs, and you are playing the role of all three DJs combined, with the music styles beautifully blending into each other.

You start out as the warmup DJ, keeping the mood low with minimal visuals, a slower tempo and emphasis on progressive and grooves, where the bass and percussion are the key components. You want to emphasize that this is a marathon, so you don’t expend your energy with throttling tracks and hi-hats everywhere. Gradually you start to heat things up, with the mindset that the headliner is about to take over.

The main performance itself is what you will typically see in a normal Markus Schulz two- to three-hour club set – all the spectacular production and lighting, the big trance anthems and melodies, the big vocals; essentially all the signature songs that people resonate with, through following my albums or listening to Global DJ Broadcast weekly. That is when you take the handbrake off and unleash chaos.

After a few hours of that, when the room is cracking together in unison, then you transition to the final DJ – the afterhours DJ, where the ambition is for the audience to stop facing the DJ booth, and start facing the party itself; referred to many times as the rabbithole. This is the part of the night where it becomes a case of survival of the fittest; the lights are low and the music becomes a little trippy and weird, with emphasis on more techno-based tracks with custom melodies of my own layered on top. And as we come out of the rabbithole, it’s a trip of reflection with a sprinkling of classics to round off the journey.

The art of DJing, there is nothing more beautiful in the world.

Do you have a special rider request for an all-night event like this one?
Nothing too out of the ordinary, but I do ask if it’s possible to have an extra fan or two installed near to me in the DJ booth, to help keep me cool, along with a couple of extra towels. I’ll usually pack a spare t-shirt in my bag, and duck underneath the booth to change if the first t-shirt is saturated in sweat. And in order to rehydrate, having bottles of water close to hand is also welcome. If the sets are around the 10-12 hour mark, then I’ll take a drink of orange or cranberry juice late into the night. Although to be honest, I’m not very high maintenance when it comes to my normal rider!

You’ve played at Stereo Live before. What are your thoughts on it as an events venue for DJs and artists?
It is quickly becoming one of my favorite venues in the United States to play. I think one of the lasting legacies of the Bus Tours I did for both Scream albums was that there is an increasingly special connection between the people of Houston and myself. When reflecting on each of the tours with the team back at base, and concluding the positives, the Houston show each year ranked very high.

So this open to close solo set at Stereo Live has been a few years in the making. I always stress that you can’t just show up in any random city for these solo sets to properly blossom – it has to be the right city, the right venue with the right people. And hopefully it’s something that Houston will embrace and we can make it a regular occurrence in the future.