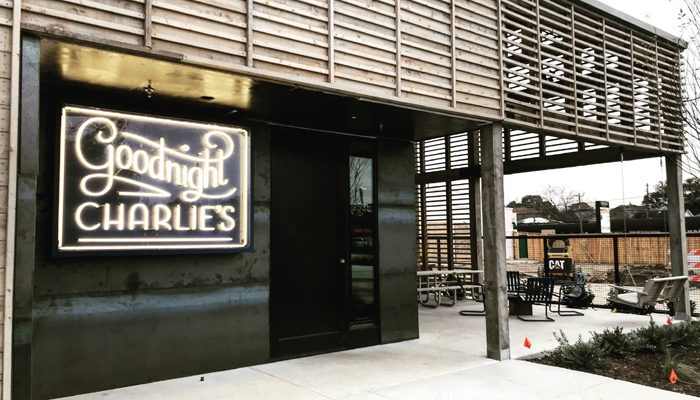 In 1980, when the film Urban Cowboy was released, the world was introduced to one of most popular honky tonks of all-time, Gilley’s Club.  Located in Pasadena, Gilley’s was home to cowboys, bull riders and country music lovers who enjoyed a shot of whiskey in between dances. Nearly 40 years later, honky tonks are still thriving with several in Houston, and a new one that just opened last month.

Goodnight Charlie’s is located at 2531 Kuester Street in Montrose, and the venue pays homage to Charles Goodnight. Goodnight was a legendary cattle rancher, and was also known as the “Father of the Texas Panhandle.”

Goodnight Charlie’s celebrates the spirit of Texas by offering Texas brews and wines, an extensive list of bourbons, and live music on Fridays and Saturdays. And if you’re hungry, Goodnight Charlie’s offers a dinner and late night menu that’s available until 3 a.m.

So, if you need to practice your two-step before the rodeo starts next month, Goodnight Charlie’s is now open and ready to show you some good Southern hospitality.