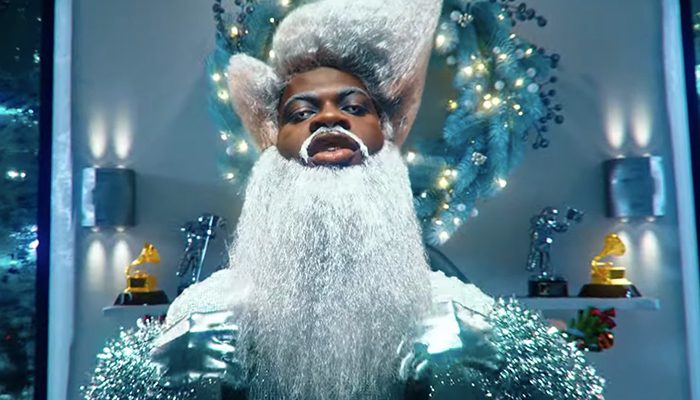 Rapper Lil Nas X has returned to music this weekend with the release of “Holiday,” a futuristic Christmas-themed banger with jaw-dropping lyrics and festive visuals to match.

The two-time Grammy Award winner released the music video for “Holiday” on Nov. 13, and the video received over 700,000 views on YouTube in the first 10 hours of its release. In the video, Lil Nas X plays several characters including a futuristic Santa while dancing and living it up in the year 2220.

The lyrics to the song have Lil Nas’ gay fans buzzing as the rapper revealed more of his private life when he says, “I might bottom on the low, but I top shit.” This verse lit-up Twitter as fans are appreciating his new music and gay representation.

The “Old Time Road” rapper continued to make headlines over the weekend as he performed a virtual concert on the kid’s game Roblox. Lil Nas performed on Saturday and Sunday, and his shows reached 33 million viewers.