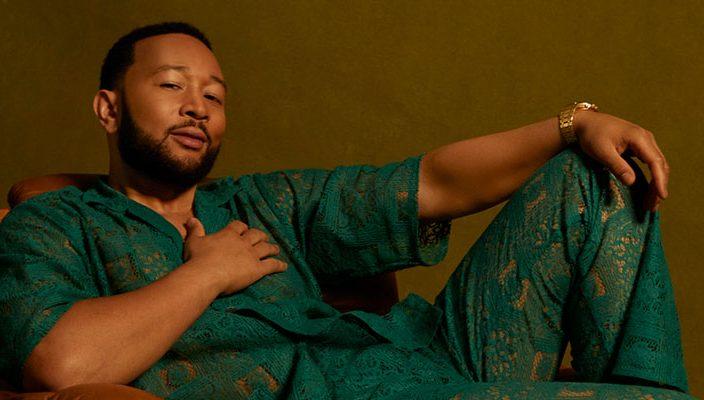 John Legend is in a league of his own. The singer-songwriter and EGOT status entertainer is back with his eighth studio album, LEGEND, which hit streaming services on Friday, Sept. 9. LEGEND is the highly anticipated follow-up to 2020’s Bigger Love, which won the Grammy for Best R&B Album last year.

In the lead-up to the album’s release, John dropped a single and video for the song “All She Wanna Do ” featuring Saweetie. The song is a groovy bop with a funky baseline and disco elements in the production. The video features a colorful set with a hip, throwback vibe, and a roller-derby theme.

Legend told Billboard that he was inspired by 80’s classics like Off the Wall-era Michael Jackson and Whitney Houston’s “I Wanna Dance with Somebody.”

According to the text at the start of the video, the four dancers who were cast weren’t initially aware that they would be featured in the video and thought it was just an audition. Their reactions when Legend and Saweetie come out are captured on camera, giving the visual an added sense of emotion and authenticity.

The full album officially dropped on Sept. 9 and featured appearances from a wide range of talent, including Rick Ross, Jazmine Sullivan, and Jhene Aiko, among others. “All She Wanna Do” is catchy, and it’s the third single supporting the project, along with “Honey,” a jazz-inspired R&B track featuring Muni Long, and “Dope,” a hip-hop-inspired cut featuring wordsmith JID.

The album was executive produced by Ryan Tedder, who has worked with huge names like Beyoncé and Adele. The track list ranges from heartfelt ballads about pain and loss to uplifting anthems of joy and healing. With this album, Legend proved that he could continue to innovate and deliver a solid body of work over 25 years into his career.

The album’s release coincides with the second leg of Legend’s residency at the Zappos theater in Las Vegas, which will run from Oct. 14-29. Tickets are on sale now through TicketMaster.

Watch John Legend and Saweetie in the “All She Wanna Do” music video.