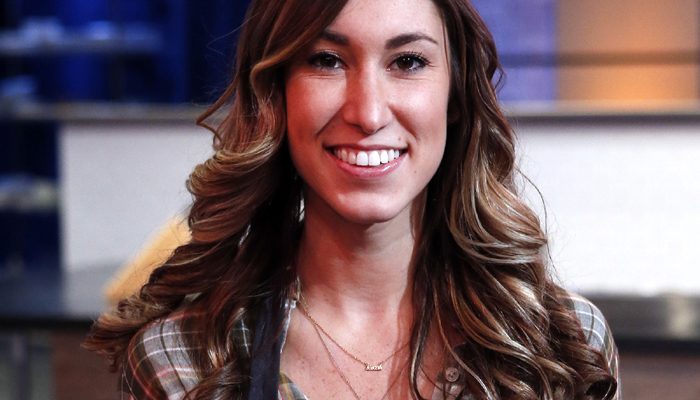 The Food Network’s competition series All-Star Academy returns with a fresh set of nine talented home cooks, vying for the top spot of best home cook. The students are led by mentors Alex Guarnaschelli and Curtis Stone, as well new arrivals Robert Irvine and Andrew Zimmern, who guide the competitors through eight episodes of intense challenges as they teach them how to cook like pros.

The dishes are judged by a cast of “guest professors” that include several well-known names such as Richard Blais, Scott Conant and Haylie Duff. Each week a student is eliminated, with the winner aiming to take home the $50,000 grand prize. Among the nine home cooks is Houston’s own Anna Cooper. Cooper will be cooking her way to the top when season two airs on Sunday, Feb. 14.

Recently, Cooper shared her thoughts about her cooking style and what fans can expect from the show.

JMG: How did you feel when you first heard you were going to be on the show?
Anna Cooper: Finding out that I made it to the all-star cast was just almost unreal, but I was so excited. Now that my passion for cooking  has grown, and culinary school is something that I want to pursue, [The All-Star Academy] was the perfect opportunity for me.

What can we expect from season two of All-Star Academy?
First of all, it’s going to have some really intense challenges. You only have 30-45 minutes to cook. It’s high intensity when it comes to making sure you get everything done in time, and to make sure it’s cooked perfectly, tastes good, and looks pretty. There’s also some amazing home cooks. It’s the nine best home cooks in America this season and everyone is so different, has so many different backgrounds and styles of cooking. It’s really inspiring to see all these different home cooks and the dishes that they make. It’s a really positive show. It’s not like other reality TV shows where they try to book people who like to cause drama. It’s a really good show that aims to build people up.

What makes you stand out from everyone else on the show?
I think I have a completely different style. I’m from coastal Texas, I grew up in Freeport, so I have a style that’s influenced by seafood. But I lived in France for a year and that’s really where a lot of my cooking really started to come together. I started to get really inspired. Also, my passion for food is so much more than just cooking, it’s a way to bring people together.

What plans do you have for yourself after this season is over?
Throughout the whole process, and as I become more inspired and passionate about food, I really would like go to culinary school. I would love it if that culinary school was in Paris. I fell in love with Paris and would go back there eventually, I’m sure a lot of people would. I also work in the publishing industry, so I have a huge passion for writing and reading; that’s always been something for me growing up. And now that my cooking and food passion has started to flame up, I would love to do those passions together somehow: food writing, cookbook writing, food critic. I would love to do something in that realm.