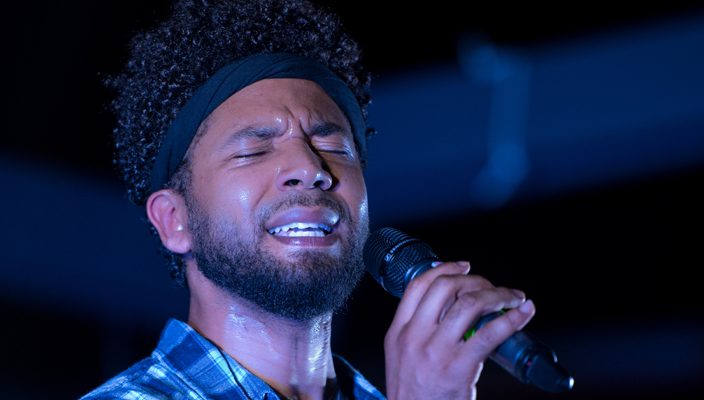 A debut album can be a definitive moment in a musician’s career. It’s an entrance into the music industry that says who you are, why you’re here, and whether or not you should stay. When Alicia Keys released Songs in A Minor in 2002, she redefined the image of an R&B singer for a new generation that was used to seeing a pretty lady who can sing standing behind a mic. Instead, a classically trained pianist with grace, beauty and a powerhouse voice to match shook the music industry and music lovers all over the world with her talent and songwriting abilities. 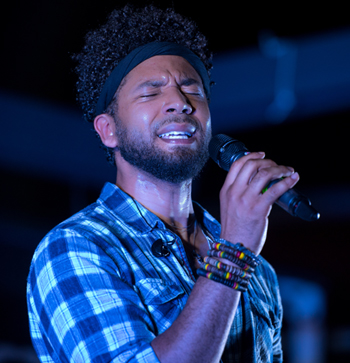 In 2003, Beyoncé molded an unforeseeable solo career that is still hitting high notes 15 years later. Dangerously in Love was released on June 23, 2003, to critical acclaim, and with a 15-track explanation as to why Beyoncé is a superstar. It wasn’t solely because of her collaborations with Luther Vandross and Jay-Z, or the horns that have become a signature sound in her music, but also an incredible vocal range that wasn’t so prevalent in the days of Destiny’s Child.

Having a strong vibrato isn’t a trait that only female artists possess. The men of R&B music can also reign supreme over a note with some bass, tenor and a flirty temptation that can have listeners wanting more.

Actor, singer and songwriter Jussie Smollett released his first album Sum of My Music, and despite the title, his 10-track effort was complete. Full of emotion, realism, vulnerabilities and layers of confidence, Sum of My Music is a contemporary R&B album that gave us access into Smollett’s world of relationships, love and being an openly gay music artist.

The album opens with “Insecurities,” a song in which Smollett questions if his “success was just one big mistake,” while also sending a comforting message to body conscious girls. But the appeal of the song, and what keeps you there, is the operatic female singing in the background. Her modulation is set not to compete with Smollett’s voice, but to elevate his soulful messaging as he delivers the song’s most powerful lyrics, including “fuck those insecurities.” 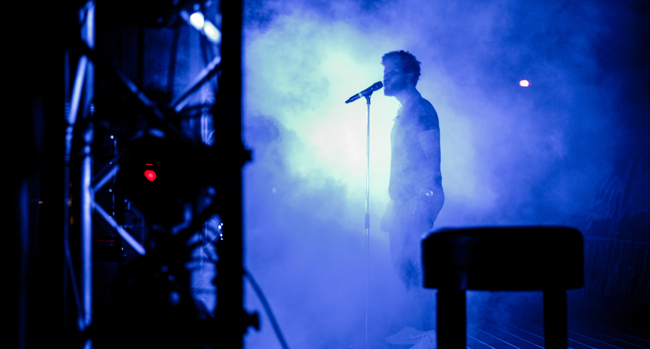 Contemporary R&B music can glide through the sounds of soul, pop, hip-hop and electronic dance music, and that’s where we arrive with “What I Would Do.” It’s another favorite from Sum of My Music, with a shadowy, mid-tempo dance beat that can easily be played by a DJ at a nearby lounge. Better yet, you can drop-the-top and drive down Miami’s Collins Avenue with your special someone right before sunset and listen to “What I Would Do.” This song is perfect for setting the mood. 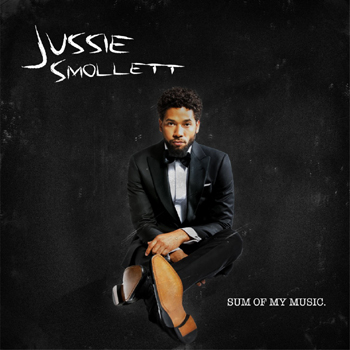 This spring Smollett hit the road in support of the album with the Sum of My Music tour. With sold-out dates worldwide, the tour had stops in France, Germany, Los Angeles, New York and Houston, to name a few. He performed in Houston on June 1 at Satellite Bar, where I was able to see the 35-year-old sing live. Smollett’s tour featured opening acts June’s Diary and Victory Boyd. June’s Dairy is the Kelly Rowland-formed girl group that can sing and dance, and during their set they paid homage to the female groups that came before them, including En Vogue. The guitar playing Victory Boyd of The Roc Nation entertained the crowd with her talent, charisma and essence of a modern day Tracy Chapman. It was a night of #BlackGirlMagic before Smollett hit the stage.

Once Smollett arrived, he performed several songs with a troupe of backup dancers and singers, including a few songs from his show Empire, and of course, several from his album. One of the highlights of his show was the performance of “Ready To Go.” The dance-themed song from Empire got the crowd hyped, and we got to see Smollett go all in by dancing and showing us his moves.

In between his seamless production, sips of water, an outfit change and responding to admiration from the crowd, Smollett thoughtfully engaged with his audience as he took a moment to talk about politics, his new album, touring and being in love. 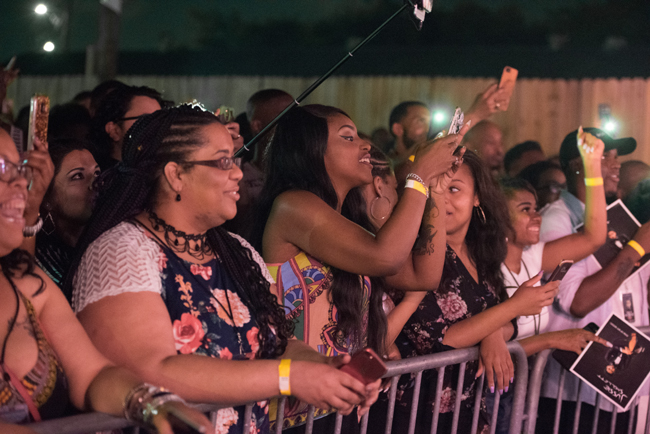 Fans at ‘Sum of My Music’ Concert at Satellite Bar / Photo: Jonathan Zook

From what I’ve heard and seen on the Sum of My Music album and tour, Smollett isn’t just an actor who can sing, but an entertainer who can do many things. After his Houston show, Smollett and I talked about his music, personal life and the upcoming fifth season of Empire.

JMG: Sometimes when I hear you sing, I hear a little bit of Usher, and I also hear even a little bit of Michael Jackson. Of course you’re your own artist, but who are some of the artists that have influenced you over the years?
Jussie Smollett: Usher and Michael Jackson (laughing).
JMG: I can hear it (laughing).
Jussie Smollett: I’d be lying if I said that they didn’t influence me. I mean, Michael Jackson is number one for me, just as he is for people like Usher. I’ve watched what Usher’s been able to do over these years and I’m so inspired by him, and he’s a cool person. Every time I see him it’s all love. I’ve definitely looked up to both of them. But you know, Marvin Gaye for sure, Janet (Jackson), Nina Simone, Bob Marley. I mean all the artists that I love from Michael to Janet to Usher to Marvin Gaye to Nina Simone to Bob Marley, they’re always autobiographical singer-songwriters; so those are definitely a lot of my inspirations. 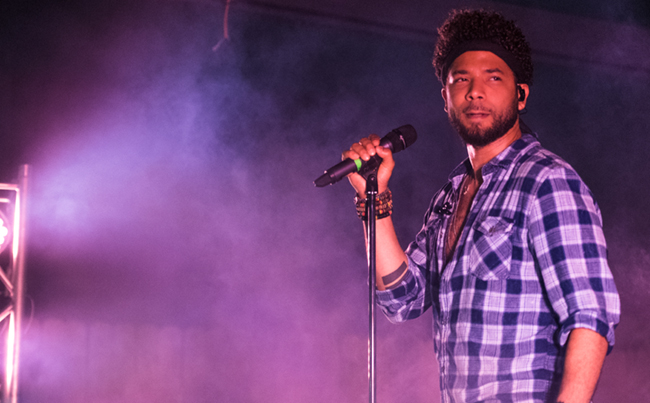 Now you worked with Swizz Beatz and some other artists on Sum of My Music. Did you get a chance to work with everyone you wanted to work with?
For the first album? Actually, no because I really wanted to work with Fantastic Negrito and some other people, but that’s what the second and third and fourth and fifth albums are for. There’s so many talented people. I knew that I wanted to make it a 10-track album and it was just about finding those 10 songs that were perfect for the first project. But with the second album I’ll get to work with some people that I didn’t get a chance to work with on the first. But I’m so happy with the people that I have on the first, for sure.

“What I Would Do” is one of my favorite songs on the album, and the intro has the mid-tempo dance vibe to it. Is there a special meaning behind the song and the lyrics?
Honestly, the song came from one of my favorite people in the world, Jim Beanz. It’s obviously a thank you to the people that push you — whether it’s your loved ones, your intimate partner, your family, friends or whoever. But, it’s also about the fans. Every single night that I sing it in the show, it’s for them. It’s this idea of “If it wasn’t for you, I don’t know what I would do. We got so much to lose, I don’t know what I would do.” It’s the idea of the people that drive you to go harder and work harder. It’s definitely a shout out and a love letter to the fans.

You can also listen to Jussie Smollett’s full interview on the JMG Live! Music Lounge podcast below. The podcast episode also includes our music headliner Marshmello, and our Music Moment with Macy Gray.