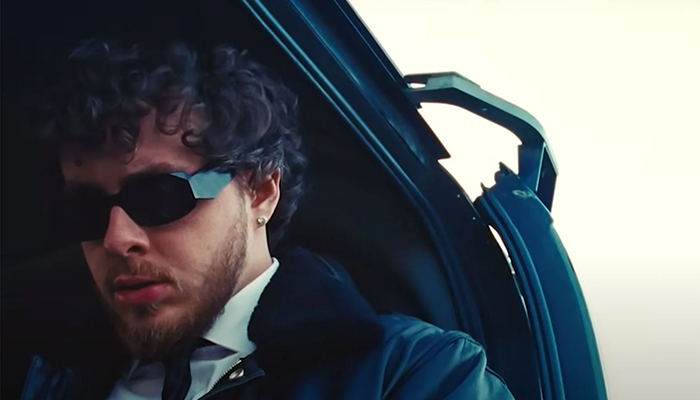 Jack Harlow is one of the hottest up-and-coming rappers in the industry, and he recently earned his first solo No. 1 with the track “First Class.” The song is the debut single for his sophomore album, Come Home the Kids Miss You, and had the biggest streaming week of 2022, partly due to its popularity on TikTok.

The track is a smooth R&B-inspired cut with a prominent sample from Fergie’s 2006 song “Glamorous.” In the song, Harlow raps about his come-up as an artist and all the perks that come with his new lifestyle. He has a natural charisma and sense of confidence that comes through strongly and reveals what has made him so popular.

The piano-driven ballad departs from Harlow’s previous, more trap-inspired catalog. The rapper burst into the mainstream with the hit “WHATS POPPIN,” which featured guest appearances from huge names like DaBaby, Tory Lanez, and Lil Wayne, along with a Cole Bennet-directed music video. Like much of Harlow’s earlier work, that song featured a faster flow and more up-tempo beat.

“First Class” shows Harlow trying to show off his versatility and make a slower, more sensual track. While he’s still rapping on the song, he has a more laidback flow and directs his lyrics toward a love interest rather than the general audience. It’s a song that shows off his range and proves he can deliver more than just a viral banger for the Gen Z crowd.

Harlow previously had a No. 1 hit with the song “Industry Baby” featuring Lil Nas X. But this is the first time he’s done it independently. “First Class” shows Harlow’s willingness to step outside of his comfort zone, and the risk paid off. It’s his biggest song to date and proves that he is a genuine hit-maker, not just a one-hit wonder.