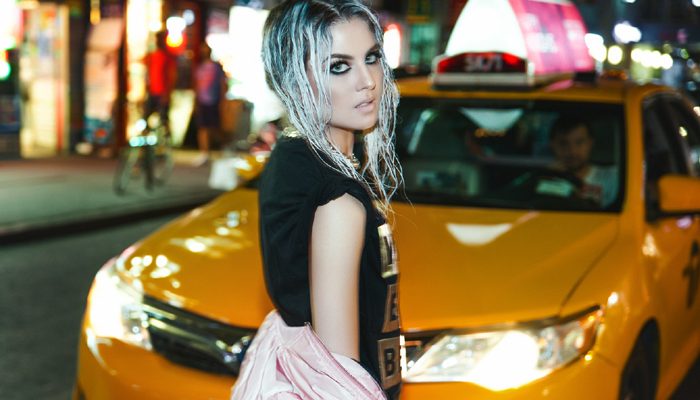 Hailing from the beautiful shores of Greece with its black sand beaches and exotic foods, Xenia Ghali is no stranger to being one-of-a-kind. As a burgeoning female DJ, producer and songwriter, the 27-year-old artist, who’s known for igniting a room with her melodic beats and cover girl magic, has commanded the attention of the dance music community.

But good looks and a flair for synths isn’t where Ghali’s talents begin or end. She’s classically trained in piano and flute, taking her beyond the DJ booth and into the production studio, where she has an ear for the right notes and the techniques to make her music come to life.

Ghali has worked with music industry vets such as Pitbull and Wyclef Jean, but it was in 2016 when she had her chart-busting breakthrough. The Greek artist reached No. 1 on Billboard’s Dance Songs chart with her single “Under These Lights.” She then followed up her 2016 chart-topping arrival with “Places” featuring Raquel Castro in 2017. “Places,” with its danceable rhythm and memorable vocals, also hit the top spot on Billboard’s Dance Songs chart. With all this momentum behind her, Ghali seems to be on a roll with no signs of slowing down.

While on tour in Greece, Xenia Ghali and I recently got together for a transatlantic interview where she filled me in on her life, music and Cedric Gervais.

Listen to Xenia Ghali’s full interview on the JMG Live! Music Lounge podcast below. The podcast is also available on iTunes, Google Play and SoundCloud.