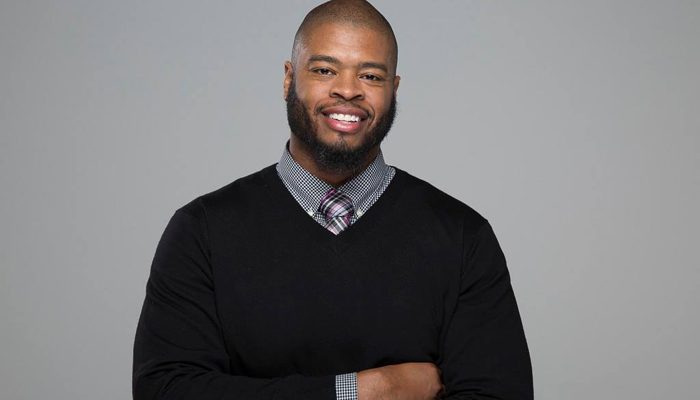 Life after football can be an interesting road for many former pro football players. From restaurant owners to wrestlers to TV co-hosts, a career post-NFL can be challenging for some and rewarding for others. Former Houston Texans offensive lineman and NFL Veteran Wade Smith has been giving back and rewarding others with his philanthropy through The Wade Smith Foundation.

The Wade Smith Foundation’s goal is to empower today’s youth and give them the tools they need to be strong young adults. Smith has recently decided to take his efforts to the next level by releasing his first children’s book, Smitty Hits the Play Books. The book is based off of Smith’s life as a child, when he had to learn how to balance sports and education, and it focuses on the importance of education and literacy for kids.

Smith recently spoke with me about the book, Super Bowl LI and his thoughts on the current presidential race.

JMG: What’s the meaning behind the name of your new book, Smitty Hits the Play Books?
Wade Smith: Smitty is the nickname I had during my rookie year in the NFL, and it’s also my grandfather’s nickname. So that’s a name that’s been passed down the line in my family. We wanted to give that name to the main character of the story, which is based off my childhood. We also wanted to give him a name that’s kind of catchy that the kids would like, and where we could potentially do a series of books with the same name. It goes along with the story where a kid wants to live out his dream and become a football player, but he loses his way and has that dream taken away from him because he wasn’t doing what he was supposed to be doing in the classroom.

What do you hope kids will gain after reading the book?
It’s a lot of different things. Basically, one thing is that you can achieve any dream that you aspire to be. It’s going to take hard work and dedication to achieve those dreams. Also, you’re going to have setbacks in life. There’s always going to be something bad that comes up. But it’s how you handle those situations that determine if you’ll be able to live out your dreams and be successful. You’ll see in the story that there’s a time where Smitty gets the football taken away from him and he kind of has a Eureka moment where he realizes that if he really wants to be a football player on the team, he has to put a greater priority on his education and studying. So, I hope that’s what the kids take from it.

What’s one thing that you struggled with as a child that you learned from that you hope to pass on to others?
I think peer pressure is something that I struggled with as a kid. Part of the story talks about being a class clown. The cool thing was not to be smart at my school, with my group of friends. So it was not allowing those influences to stay with me. It wasn’t like I had this really bad influence, but it was a situation where you do enough to get by and you don’t necessarily want to excel. And using that mindset, it cost me opportunities to play, so I made my mind up that I’m going to live up to my abilities and do my best whether it’s on the field or off.

Now we do have to talk a little bit about football. Who are some of your favorite players today?
That’s a good question. Some of my favorites retired this year. So, for the current guys, I would say DeAndre Hopkins. I love how he plays the game. When the ball is in the air, he claims it as his. I like the way he’s playing. I’m a big fan of some of the offensive lineman that are still with the Texans like Duane Brown and Derek Newton. And outside of that, just guys from different teams. I’m a fan of Aaron Rodgers. I think he’s a good football player.

What are your thoughts on the current presidential race?
On the Republican side, the two lead candidates aren’t very presidential to me. I think the guy that acts most like it is (John) Kasich, and I don’t think he really has a shot at all. There’s so much controversy there, you don’t know if they’ll write somebody in at the last minute. It’ll be interesting to watch. On the Democratic side, I like Bernie Sanders. Hillary Clinton is more of the same. I can’t really get excited about her. But Bernie Sanders, I like him, but he’s up there in age. So, I hope people don’t hold that against him. I’m not as excited about this election as I was the last two with Obama running for president.