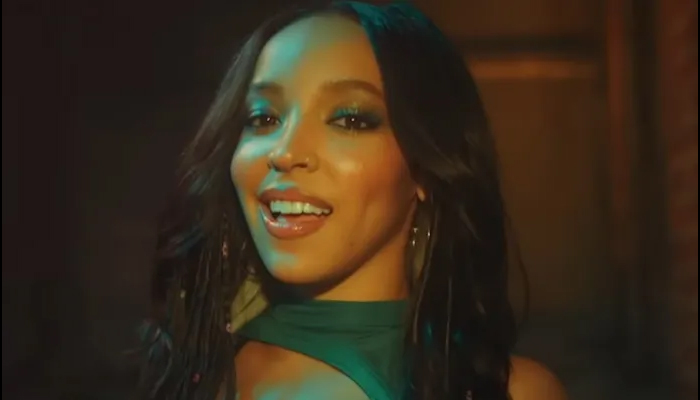 Pop star Tinashe is back with an infectious new single, “HMU for a Good Time,” a collaboration with California-based rapper Channel Tres. The song is from the deluxe version of her latest studio album, 333, which dropped back in March, and features a music video showing Tinashe turning up in a dimly lit nightclub.

Tinashe has had a long and successful career that spans over a decade. She got her start as a child actor, appearing in popular children’s shows like Rocket Power and Avatar before she transitioned into music. She started gaining attention in the early 2010s for her sultry blend of pop, R&B, and hip-hop and scored features from major artists like Travis Scott, Young Thug, and Schoolboy Q. Tinashe has gone on to have an incredibly successful career, although she never quite reached the level of fame that many fans thought she deserved.

Her most recent album, 333, has earned her tons of praise and critical acclaim for taking her sound in a new direction. “HMU for a Good Time” is a perfect example of her decision to take more risks and experiment with her sound.

The production is hypnotic and ethereal with a spacey, dance-inspired beat. Her vocals seem to float perfectly above the instrumental and feature a much more raw and expressive mix than her usual sound, especially on her more processed, pop-oriented recordings. The technique matches perfectly with the feature from Channel Tres, who comes through with a low-key, yet hypnotic verse. Bars like “add a couple drinks, that’s a few shots // Heavy metal on me that’s a Slipknot,” reveal his creativity and sense of humor.

The video shows Tinashe taking over the dance floor at a hip underground club with her well-choreographed moves. The visual will surely drum up hype for the deluxe version of 333 and get fans excited for whatever’s next from this talented artist.

Watch “HMU for a Good Time”