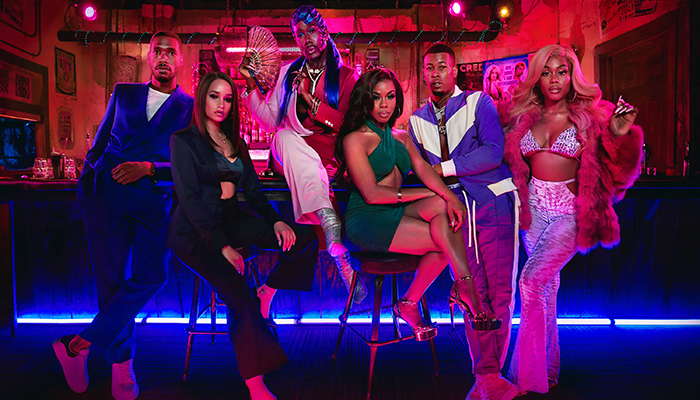 Starz’s hit series P-Valley returns for its second season, which premiers on June 3. Created by executive producer Katori Hall, the drama revolves around an eclectic cast of characters who work at The Pynk, a strip club in a small town in Mississippi.

A trailer for the new season recently dropped, giving fans a glimpse into what’s to come, and the drama will not disappoint. The storyline picks up right at the end of the pandemic, as restrictions begin to lift and life returns to normal. But the lockdowns were hard on the town of Chucalissa, where The Pynk is located, and the cast will have to fight hard to rebuild the business.

That includes bringing in some new talent, which means all-new characters will be joining the cast. But not everyone seems to be happy with all the changes. The P-Valley trailer shows a confrontation between Mercedes and Autumn Night over who will train the new girls, foreshadowing a potential conflict that may shape the coming season.

A brief exchange between Uncle Clifford and Autumn also reveals a potential power struggle that may drive the plot. At the end of season one, Autumn swooped in and helped Clifford make the back payments he owed on the club before it was put up for auction, making her a co-owner. The trailer reveals a confrontation between the two over the club’s direction, which will likely be another major plotline in the coming season.

Fans can expect more drama, intrigue, and noir cinematography from this new season. The trailer reveals the new direction of the show without giving too much away and keeps you at the edge of your seat. The first episode airs at 9 p.m. on June 3, exclusively on Starz.