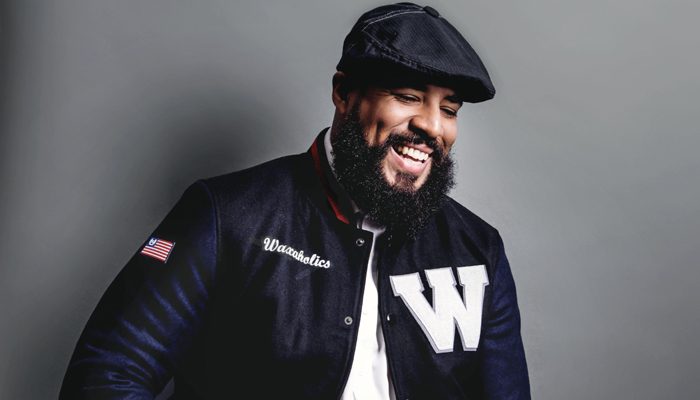 Big Reeks on His Road to Becoming a DJ

The fourth episode of the JMG Live! Music Lounge podcast featuring Rican McGusty AKA DJ Big Reeks of The Waxaholics is now available.

With Ed Sheeran’s latest album, Divide, becoming the fastest selling vinyl album of the last 20 years, who knew besides industry heavyweights, nostalgic DJs and a new wave of retro listeners that vinyl records were making a fighting comeback. And after educating myself, I can ease my way into the “retro listeners” category because playing vinyl records has become a popular mainstay at lounges and bars across the country. Of course, Houston can add itself to the list thanks to its very own vinyl pioneers, The Waxaholics.

Rican McGusty AKA DJ Big Reeks is a member of The Waxaholics, and the group only plays vinyl records. You can catch The Waxaholics on Thursdays at the Alley Kat Bar & Lounge and at Etta’s Little Kitchen on Sundays for brunch. In this digital age, a lot of DJs are using laptops to play their music, but not The Waxaholics. They’re pulling out their crates and vinyls and they’re playing special sets.

So the interview started with me getting a little background on Rican and his big move to becoming a DJ.

JMG: How did you transition from being a civil engineer to being a DJ?
Rican McGusty: It was a slow process. I started DJing when I was around 20-years-old in college and still taking classes and trying to get finished. I said, you know what, this would be a good way for me to make extra money while I’m in school. I know its hard working a regular job while being in school, so before I had any type of internship that’s what I was doing. I really didn’t have any plans to be a full-time DJ, at any moment in life. That never ever crossed my mind. But after nine to ten years of engineering, I was laid off from the company I was working for. And for about six months, I looked for another job and I never found one. My father had said, “Reeks, you’ve always been really good at working for yourself.” He was like I’ve always been cutting hair and cutting grass. I was doing little side things to make money, and he said, “you got something right in front of you, why don’t you try to make it a full-time commitment.” And I said, “you’re right.”

Listen to the full interview below. You can also listen to the  JMG Live! Music Lounge podcast on iTunes, Google Play and SoundCloud.