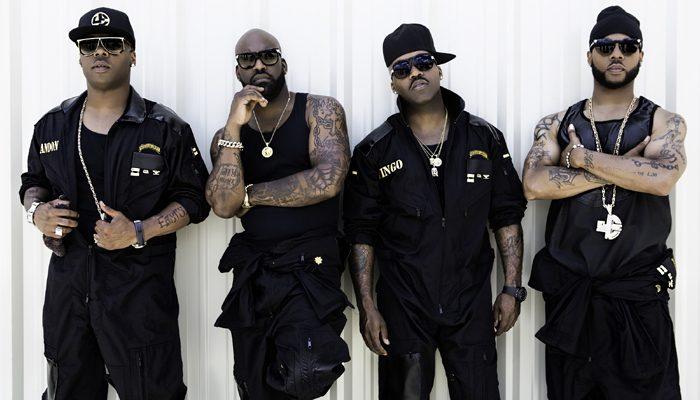 If you’re a millennial or became-of-age in the 1990s, then you may feel nostalgic when you think about this impressionable decade. The ‘90s influenced pop culture in so many ways with the advancement of technology with the Internet, sketch comedy TV shows such as Saturday Night Live and In Living Color, and of course, music.

There was a big movement in the ‘90s with hip-hop, rap and R&B. From Whitney Houston’s soul-stirring ballads to Diddy’s East Coast swag, the ‘90s was an era for genre-defining artists who still remain relevant today.

So what if you could combine some of your favorite moments from the ‘90s in one room, for one night. Let’s say a blend of comedy and music at a prime Houston venue. Well, you got it.

The Laughter Is A Part of Love tour is coming soon to the Arena Theatre on Friday, May 17, featuring Jagged Edge, 112, GODJHI-C, Red Grant, Blame the Comic and Comedian Grossmann. It’s an R&B and comedy tour that’s sure to bring those melodies you remember and big laughs you don’t want to miss.

As an R&B group, the Grammy-nominated Jagged Edge hit the music scene in 1997 as a quartet signed to Jermaine Dupri’s So So Def Recordings. Some of the group’s biggest hits include “Let’s Get Married,” “I Gotta Be” and “Where the Party At” featuring Nelly.

Jagged Edge recently released a new single called “Closest Thing to Perfect.” It’s a bouncy slow jam that can easily fit in with the rest of the group’s set list, and you can listen to it here. 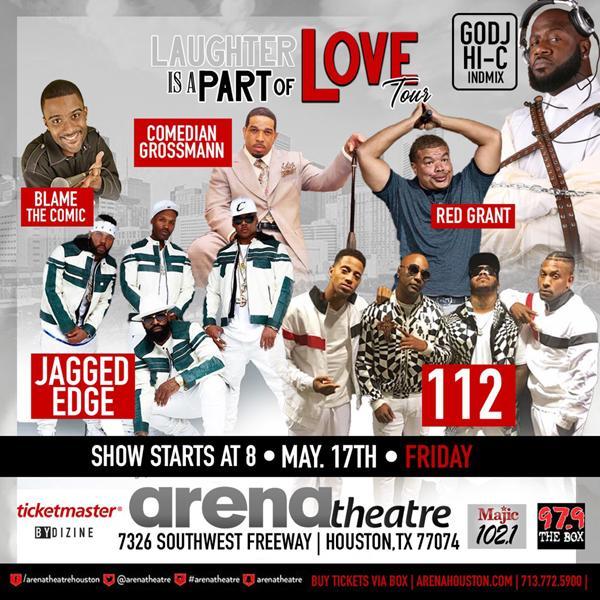 112 was originally signed to Diddy’s Bad Boy Records in 1996, and the group produced several hits over the years, including: “Only You,” “It’s over Now” and how can you forget, “Peaches & Cream.” Their success with Diddy was undeniable as the group won their first Grammy Award in 1997 for their feature on “I’ll be Missing You” with Diddy, known as Puff Daddy at the time, and Faith Evans.

And just like Jagged Edge, 112 has a new single out called “Tonight.” It’s also a ballad-friendly record that proves that 112 still has it.

Red Grant will bring some of the funny moments to The Laughter Is A Part of Love tour. Red has been a staple on the comedy scene for over 20 years and he got his start at the Apollo Theater. The funnyman has been on Shaq’s All Star Comedy Jam and he’s hosted Kat Williams’ 11:11 RNS World Tour.

So, grab some friends and make plans for a night of music and comedy at The Laughter Is A Part of Love tour. You can get your tickets here.