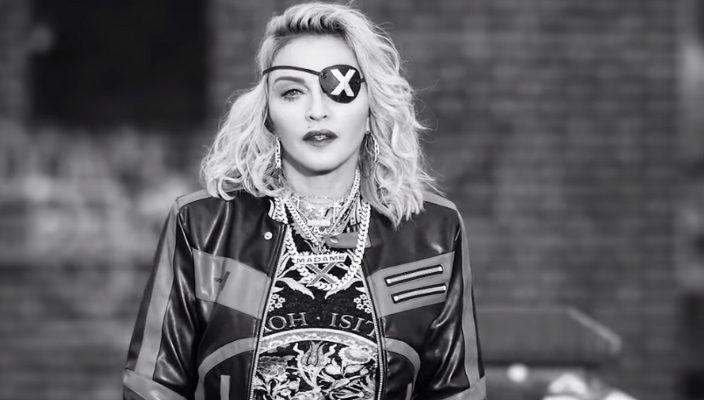 Madonna has always been a provocative trailblazer, which is why she’s been able to keep fans and music critics alike anticipating her every move for over 30 years. Whether she’s justifying her love, kissing Britney Spears or breaking records with her Roman Empire-themed Super Bowl halftime show performance, Madonna has been a major player in our cultural zeitgeist.

And the Queen of Pop returns to the music scene this year with the upcoming release of her 14th studio album, Madame X on June 14. Madonna created Madame X last year while living in Lisbon, Portugal, and it’s considered to be a global album that she describes as “appetizers from around the world.” Behind the concept album is the character Madame X, who is a mixture of personalities and professions (secret agent, freedom fighter) that Madonna executes brilliantly. 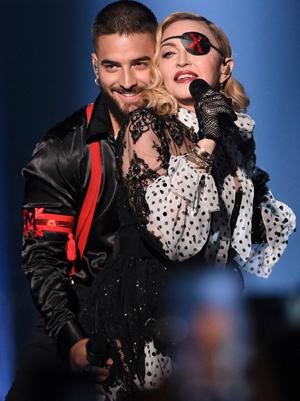 The world got the see Madonna and Maluma perform the song live for the first time at the Billboard Music Awards on May 1. It was one of Madonna’s better performances with holograms, dancers and her pirate-chic ensemble with a bedazzled eye patch emblazoned with a red “X.” Madge sang “One, two, cha-cha-cha,” as the crowd roared during her return to prime-time television.

Madonna said in a statement, “I wrote ‘I Rise’ as a way of giving a voice to all marginalized people who feel they don’t have the opportunity to speak their mind. This year is the 50th anniversary of pride and I hope this song encourages all individuals to be who they are, to speak their minds and to love themselves.”

The third single from Madame X is “Future,” a collaboration with Migos’ Quavo, and the most recent release is “Crave” featuring Swae Lee. The “Crave” video was directed by Nuno Xico and the shows Madonna frolicking in a New York City housing block where she releasing a bird from a roof, while rockin’ to the music in several scenes and singing, “And my cravings get dangerous.”

After the release of Madame X, Madonna will hit the road with the “Madame X Tour,” a series of intimate shows where she’ll perform exclusively in theaters. The tour kicks off on Sept. 12 in New York at the BAM Howard Gilman Opera House.

Her “theater tour” is a switch for Madonna, who is known for selling-out stadiums and arenas. But if you’re the best-selling female solo touring artist of all time, you don’t have anything to prove. Madonna’s “Sticky & Sweet” tour is the highest grossing concert tour by a female artist, drawing in $408 million.