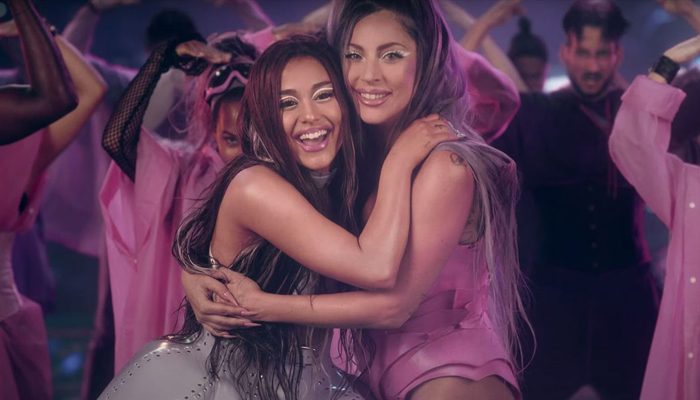 Ariana Grande and Lady Gaga from the

Lady Gaga scored her sixth No. 1 album on the Billboard 200 chart this week with Chromatica. The 16-track disc sold 274,000 equivalent albums units, making it the biggest sales week for a woman in 2020.

Chromatica was originally scheduled to be released in April, but it was pushed back due to COVID-19. However, it was well worth the wait because fans worldwide have been devouring Lady Gaga’s latest effort. In addition to the U.S., the album has debuted at No. 1 in the U.K. and Australia.

Watch the “Rain on Me” music video featuring Ariana Grande.