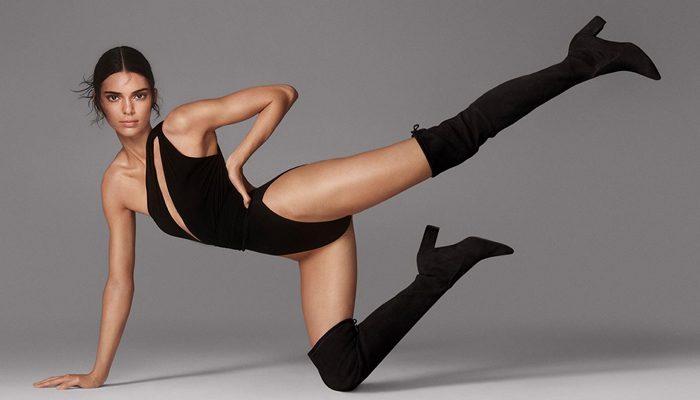 Kendall Jenner is front and center in the Stuart Weitzman fall 2019 campaign called SW Boot Camp. Jenner is the SW global spokeswoman for the second consecutive season. In the campaign, Jenner is wearing an ultra-sexy bodysuit, along with the footwear brand’s thigh-high Lesley boots.

SW wanted to put an elegant spin on the traditional “boot camp” for their new campaign. In addition to the gorgeous images, there’s a short film with Jenner and dancers Morgan Wright and Nastasya Generalova. The trio can be seen dancing a bit to DDG’s “Run It Up,” while showcasing their killer legs and the SW boots.

Watch the short film below