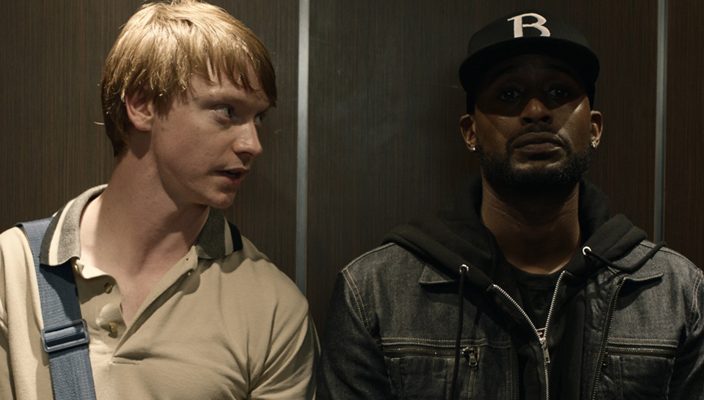 As a music genre that was conceived in the Bronx in the late ‘70s, hip-hop has since permeated the globe with a culture that includes rhythmic beats, art and fashion. Hip-hop and rap was an outlet for prodigious talent from the inner cities who told their stories through writing, rapping and DJing. LL Cool J, Run DMC and Grandmaster Flash are just a few of the pioneers that went from the streets to radio to arenas. 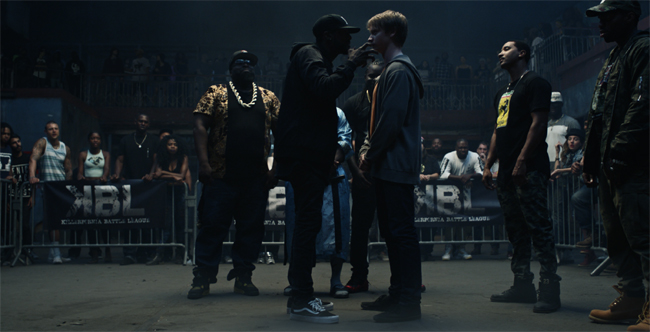 And as with any popular movement, hip-hop made a big impact in America’s pop culture with everyone taking notice, including Hollywood. Hip-hop stories were first told on the big screen in the ‘80s. From the break-dancing moves of Breakin’ to the Def Jam Records-inspired Krush Groove, mainstream audiences got to see the full spectrum of hip-hop culture.

But as hip-hop and rap music have both evolved over the years, so has the cinematic themes used to portray the genre. The iconic dance break in 1990’s House Party with Kid ‘n Play will forever be etched into hip-hop history. However, 12 years later, hip-hop movie making took a dramatic turn with the release of Eminem’s 8 Mile. It’s a harrowing tale of overcoming obstacles so that your talent from within can shine. Eminem plays B-Rabbit in the film, a white rapper who steps into an arena dominated by African Americans. Between the acting, rap battles and even the soundtrack, 8 Mile became one of the biggest hip-hop movies of all time. Eminem even won the Academy Award for Best Original Song for “Lose Yourself,” making him the first hip-hop artist to win in this category.

Rap battles have continued to be a space where up-and-coming artists can polish their skills as rappers. African Americans still dominate the genre, but race, age and national origin is not as important as a good comeback.  And when you’re the best, the words just flow.

In the new film BODIED, which centers around the underground battle rap scene, Calum Worthy plays Adam Merkin, a graduate student who’s working on his thesis for school, but also decides to become a competitive battle rapper. Merkin is mentored by Behn Grymm (played by Jackie Long), a veteran battle rapper who teaches Merkin about hip-hop culture and how to rap. Merkin’s rise on the rap battle circuit makes a surprising turn, which makes the film a must-see from start to finish.

BODIED touches on race, cultural appropriation, freedom of speech and pushing the limits of interpersonal relationships. The movie is produced by Eminem, and it’s directed by superstar music video and film director Joseph Kahn. Charlamagne tha God also makes an appearance in the film as battle rap promoter Hunnid Gramz.

Recently, Kahn, Worthy and Long were in Houston promoting BODIED, and I caught up with the cast to talk about the film. The interview started with me asking Worthy how he prepared for the role. He replied, “I was probably the world’s worst rapper. I really wanted to do the role justice, so I was trained by some of the greatest battle rappers in the world. And they took me under their wing for two months leading up to the film, and we practiced constantly.”

BODIED is in theaters on Friday, Nov. 2.

You can listen to the full interview with Joseph Kahn, Adam Worthy and Jackie Long on the JMG Live! Music Lounge podcast below. The podcast is also available on iTunes, Spotify and Google Play Music.