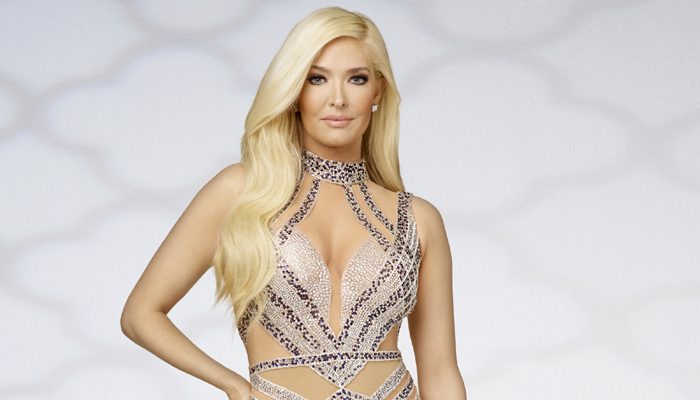 JMG Appears on ‘The Real Housewives of Beverly Hills’

Since September 2009, JMG Magazine has delivered more than 70 issues of an engaging entertainment and lifestyle magazine. With each issue centering around a different theme, our readers and subscribers have been treated to the latest in entertainment news, celebrity interviews, grand openings, cutting-edge fashion, the hottest nightclubs and other topics deemed relevant by the JMG staff. Quality content is delivered with passion and creativity each week at JMGMAGS.com, and monthly with the magazine, resulting in more than 1,000 articles that have been published and seen in print, online and on TV.

For the February 2012 issue of JMG, we were able to setup an interview between our Publisher Jacquari Harris and a dance/music artist who was on the move. She had just scored her sixth consecutive No. 1 on the Billboard Hot Dance/Club Play chart and was touring the globe. She was fun and entertaining, and her name was Erika Jayne.

Who knew that years late 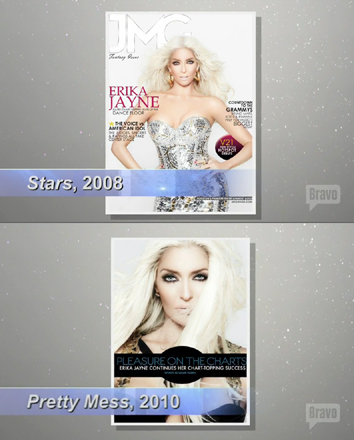 r, Erika’s hard work would lead her from music to television with her new role as a cast member for season six of The Real Housewives of Beverly Hills. Erika is married to famed trial attorney Tom Girardi, so she’s known on the show as Erika Girardi, but her alter ego Erika Jayne wasn’t too far behind.

Making her debut on the RHOBH seemed to be a piece of cake for Erika. She had the money, the beauty, name recognition and the right ZIP code to go toe-to-toe with her female counterparts. And from the moment she first appeared on the show, Erika brought a certain spice with her that was mostly due to her inner seductress and stage name, Erika Jayne.

On Dec. 15, 2015, after months of internet rumors, Erika made her debut and was introduced to the cast and fans as a friend of Yolanda Foster (now Hadid). While discussing her career highlights in the episode, Erika’s JMG cover image, as well as the first page from her Pleasure On The Charts article from the February 2012 issue, appeared on the show in front of more than 1.5 million viewers.

“I remember the interview very well,” Harris said. “Erika was very laid back during our conversation. I’m glad to see she’s doing well. Our celebrity interviews have been a big part of who we are as a publication. Our upcoming March Wellness Issue featuring the creator of INSANITY, Shaun T, and DJ/Producer Markus Schulz, is a testament to that.”