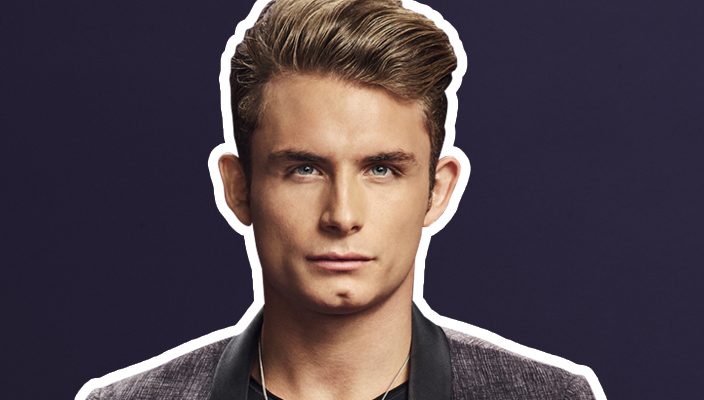 When you come up through the ranks, you’re pretty much paying your dues, especially when you’re young. No matter what your profession, there’s always hierarchy whether you’re in the military, at a new job, or even when you’re becoming a DJ.

James Kennedy is familiar with the come-up. The busboy-turned-DJ at West Hollywood’s SUR Restaurant, which is owned by Lisa Vanderpump, has become a headliner at the famed restaurant where locals and tourists frequent daily.

James spins trap, EDM and house music as part of his set, which is peppered with some of his own music, including his latest single “Get Loose.” It’s a mid-tempo lounge groove that fits SUR’s aesthetic perfectly. James uses his own vocals on the track, which can be heard as a calling card for more drinks, a shoulder bounce or the thought, “Who is this guy?”

The UK-born DJ is also a cast member on Vanderpump Rules, which just wrapped up its sixth season. James definitely had his fair share of drama, but he seemed to have bounced back with his music and girlfriend Raquel by his side.

I recently caught up with James to talk about his music and the show.

JMG: Your song “Get Loose” is out now. How would you describe the DJ James Kennedy sound?
James Kennedy: Definitely a club sound. I like to experiment with ambient sounds. “Get Loose” was more of a club banger that the girls could dance to, something you could sing to easily. I really wanted to showcase a crispy topline as far as vocals go, and a nice base-driven drop. I think I’ve accomplished that with the production, and I’m really happy with how it turned out.

Outside of SUR, where else do you perform?
So, I’ve been able to travel North America a lot. I’ve been to Chicago a handful of times. I love Chicago and the crowd there. And I DJ in New York a lot. We try to get there (New York) every other month. I’ve done states like Mississippi and Colorado. Just doing as many shows as I can, you know. 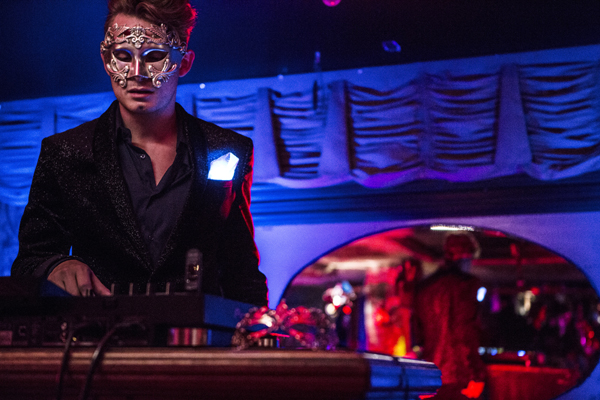 Which DJs have inspired you?
Ah man, as far as production goes, I’m a big fan of The Prodigy, Flume, Disclosure. I don’t really listen to as much EDM as I should. I listen to everything from rock to rap and back to house music. So, a lot of different things.

Avicii just passed away. What did you think about his passing?
I was a massive fan of Avicii. His music touched the hearts of many, many people around the world, especially with his massive hit “Levels.” I think it was too soon, he was way too young to die. I was very upset when I heard the news.

There’s a lot of female artists releasing new music. Christina Aguilera has a new project that’s coming out. Cardi B, Rita Ora, Charli XCX and Bebe Rexha have a new song. Is there a female artist that you’re really into who you would like to collaborate with one day?
Probably Dua Lipa. I’m a huge fan of her work. She’s an amazing singer. I’m a big fan and I would love to collaborate with her.

I know that you’re back DJing at SUR. How hard was it to convince Lisa (Vanderpump) to let you come back?
Oh yeah, I’m back at SUR. It wasn’t that hard really. So here’s what it was, after I was out at SUR, I took some time to make some music, and work some other jobs around town. Lisa’s always got a close eye on me. So I came to her with the idea to start my party called “See You Next Tuesday” every other Tuesday at SUR. It’s become a huge success. We’ve got lines out the door and Tuesdays are good now. I think with Jax struggling a lot, there was an opening for James Kennedy to take the flag and continue onward. I’m really blessed and happy that she’s given me an opportunity to come back. I’ve actually got Thursdays now also. So I’m doing Tuesday and Thursday nights every week at SUR. And my Thursday nights is called “Thirsty SURSDAY.”

Now you mentioned Jax. Your relationship with him has gotten better on the show. What has changed to make that happen?
I’m definitely becoming more mature. I’m not the 21-year-old kid running around SUR like I was five years ago. But me and Jax have been through a lot together. We’ve been up and down. I feel like we both are in a place in our lives where we can both be like “yo, let’s be friends.” We’re stronger together than against each other. 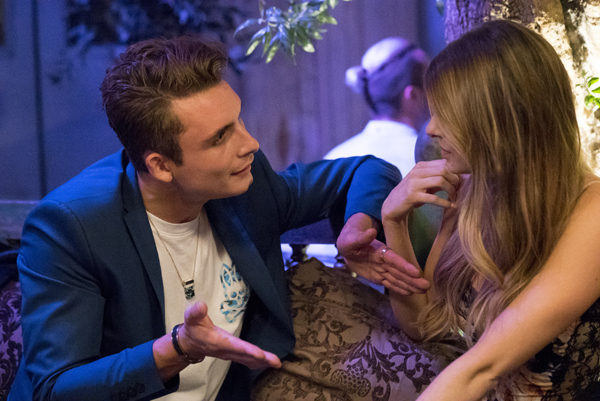 This season your ex-best friend Logan tried to come in between you and your girlfriend. When was the last time you spoke to him?
Yeah, definitely ex-best friend. I haven’t spoken to him in a few months. I don’t plan on talking to him again. But I’ve got other close friends around me. I’m alright.

Would Raquel be apprehensive to have any other male or gay best friends come around, or was Logan just a special issue?
She wouldn’t care if it was another guy or gay guy, or girl or gay girl. It’s not really about your sexuality or if you’re a girl or a boy. You can’t be spreading rumors about people you care about and unfortunately that’s what Logan did. I’m in love with Raquel and Raquel is in love with me and we support each other. She wouldn’t care if I had a gay best friend or not, it’s a matter of someone respecting me as a friend and Logan couldn’t do that.

One of the issues that Lisa had with you was your drinking. Do you feel that it’s under control and that’s why she brought you back?
I definitely got the drinking under control. I was a loose cannon when I was 21 and 22, at SUR running around. I definitely straightened up a bit and Lisa has been very proud of me for the last eight months with no tiffs. So I’m doing good.

I met Ariana (Madix) about four years ago when JMG was in LA hosting a press day at the W Hollywood. She was a really cool girl. Describe your relationship with Tom and Ariana. Do you have a good relationship off camera as you do on camera?
On and off camera, everything is real on the show. It’s not scripted or anything like that. So my relationships on the show are pretty much the same. I’m very close to Tom and Ariana. We just got back from Coachella last month (April 2018). We partied together; we had a good time. I’m very close with them. Tom is one of my best friends.

You can also listen to James Kennedy on the JMG Live! Music Lounge podcast below. The podcast episode also includes our music headline featuring Childish Gambino, and our Music Moment with DJ Carnage.