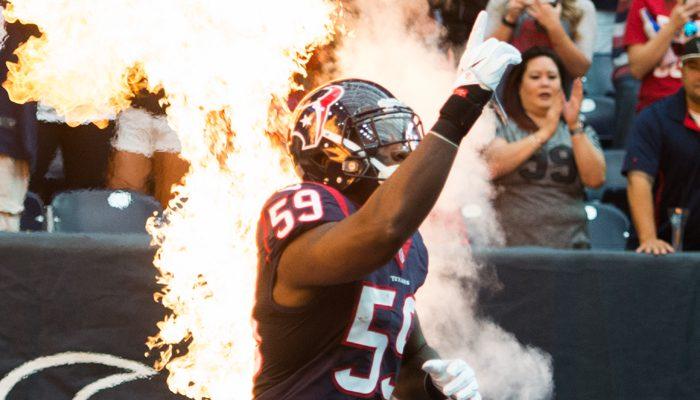 The Houston Texans kicked off their 2019 season with a preseason game against the Green Bay Packers for a 26-28 loss on Aug. 8. However, the team looks like they’re ready to take on the season with stamina and dedication.

Outside linebacker Whitney Mercilus returns in good shape. The Texans, along with many players in the league, still have a lot of respect for the veteran player. Last year when I spoke to Mercilus for an interview, he acknowledged how it feels to have other players recognize him as one of the best defensive players.

“It’s definitely an honor,” Mercilus said. “It’s an acknowledgement to the work that I’ve put in to get to where I’m at. The thing is (that) it encourages me to continue to put my best foot forward, showing everybody that I’m a great passer, a great player in the NFL. I’m making a name for myself.”

The 2019 season can be watched or heard on various platforms.
Watch: ABC-13 in Houston
Streaming Video (in-market): Free live stream at HoustonTexans.com
Listen: Sports Radio 610 (KILT-AM) in the Houston market