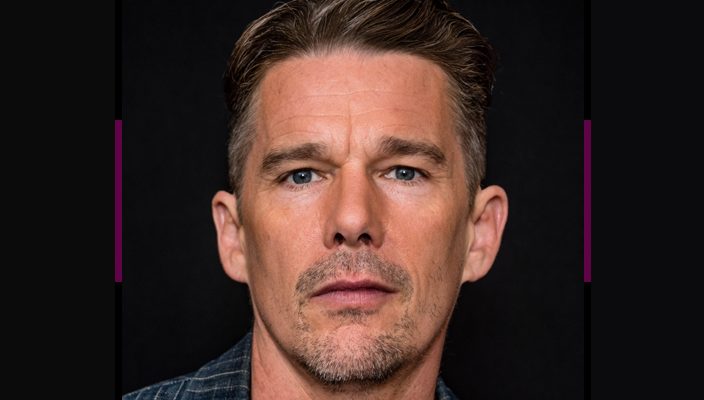 The ‘90s were a definitive pop culture era that gave birth to music genres and acting careers, with fleeting, yet iconic moments that are still talked about today. The music of the early ‘90s was met with the rising tide of hip-hop and the primal roar of alternative rock. Alternative rock was a mid-80s underground phenomenon that hailed from cities such as Seattle and made its way into the mainstream. Bands such as Nirvana, Pearl Jam and Bush permeated the music industry with heavy guitar riffs, raspy voices and music videos that captured this grunge-ridden movement. 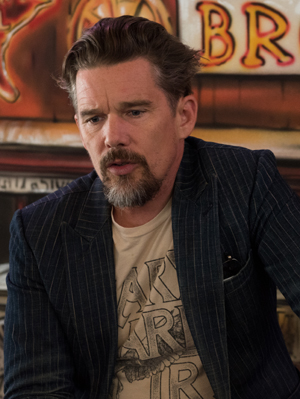 But by 1994, the ‘90s had already reached some of its most pivotal pop culture moments.

That year, the hit TV show Beverly Hills 90210 shocked fans when it premiered its fifth season without its leading actress Shannon Doherty, who played Brenda Walsh; Kurt Cobain, the lead singer of Nirvana and the poster boy for the alternative rock music scene, committed suicide; Friends made its primetime television debut; and Tupac was shot, igniting the East Coast-West Coast rivalry.

Also in ’94, Reality Bites was released. It was a Ben Stiller-directed romantic comedy that starred Winona Ryder as the sarcastic videographer Lelaina Pierce, and Ethan Hawke as Troy Dyer, the good-looking slacker who’s trying to figure himself out. Reality Bites is a Gen-X classic, and I remember seeing the film for the first time at the movies as a freshman in high school. I had seen Ryder in other films before (Heathers, Edward Scissorhands), but this was my first time seeing Hawke on the big screen.

Troy was young, smoldering and represented the times we were living in. With his long hair and scruffy mustache, he looked like the frontman of his own Nirvana-inspired rock band. But instead, Troy played with a band at a local coffeehouse, while vying for Lelaina’s attention. Reality Bites was a cultural reference for 20-somethings who were trying to find their way, and with a hit movie on his hands, Hawke was headed in the right direction.

In 2001, Hawke switched gears from comedy to an action-thriller when he co-starred in Training Day alongside Academy Award-winner Denzel Washington. Hawke played officer Jake Hoyt, a member of the Los Angeles Police Department. Hoyt was assigned to work in the narcotics division under Detective Alonzo Harris (Washington), who was a decorated yet corrupt narcotics officer. The film follows Hoyt and Harris on a 12-hour ride in the gang-filled areas of South Central Los Angeles.

Throughout the film, Hoyt’s loyalty to his badge is tested, and Hawke’s acting chops are on display, scene after scene. Washington gives a riveting performance and is the elder statesman of acting in Training Day, with Hawke following his lead. In 2002, Washington won the Academy Award for Best Actor for his role in the film, while Hawke was nominated for Best Supporting Actor.

Since the release of Training Day, Hawke’s career has been in full bloom as an actor, writer and director. He went on to star in several films including Before Sunset (2004) and Boyhood (2014), and most recently First Reformed (2017) and Juliet, Naked (2018). But his latest project, Blaze, has him in Texas on a late summer theater blitz.

Blaze is Hawke’s fourth film as a director, and it’s a biopic about Blaze Foley, the Austin-based country music singer-songwriter who died in 1989. The movie follows Foley, played by Ben Dickey, who wrote the country songs “Clay Pigeons” and “If I Could Only Fly.” Foley wants to be a professional musician, but fame never arrived. Instead, Foley lived a tumultuous life that included alcohol, drugs and homelessness. Foley’s ex-wife Sybil Rosen wrote the book Living in the Woods in a Tree, which tells the story of how the two met in Georgia and their life together. Hawke co-wrote the screenplay for Blaze with Rosen, which is based off of her book. 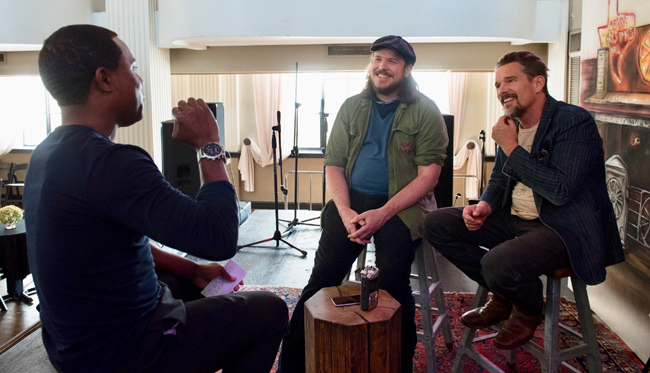 Recently, Hawke and Dickey were in Houston at Rockefeller’s to promote the film. It was cool to meet Hawke, 24 years later after seeing him in Reality Bites. Just before we started the interview, both Hawke and Dickey were singing and then Hawke stops singing to compliment my shoes, and I thought to myself, “Okay, this is going to be good.”

Both Hawke and Dickey were eager to talk about the movie, and they did so passionately. Hawke dove in after I asked him the first question, “Why did you decide to make a film about Blaze Foley’s life?” He replied, “Well it doesn’t really work like that in my head. It started with me wanting to make a film with Ben.” 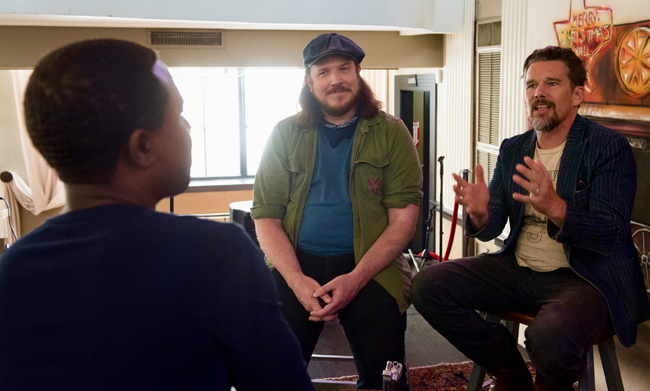 The interview continued with both Hawke and Dickey explaining why people should see the film, and later Hawke talked about his experience working with Washington in Training Day, and what he learned from him as an actor. 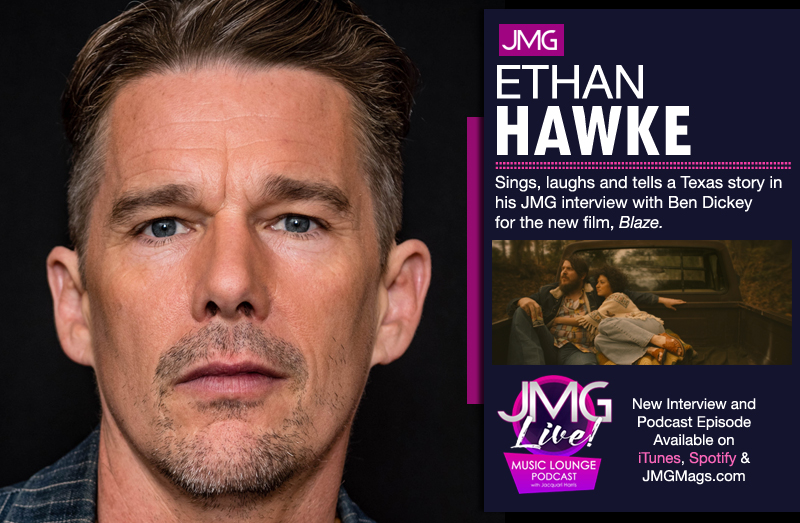 You can listen to the full interview with Ethan Hawke and Ben Dickey on the JMG Live! Music Lounge podcast below. The podcast is also available on iTunes, Spotify and Google Play Music.

Blaze opened in Austin, Texas, on Aug. 17, in Houston on Aug. 24, and in select theaters nationwide starting on Sept. 7.