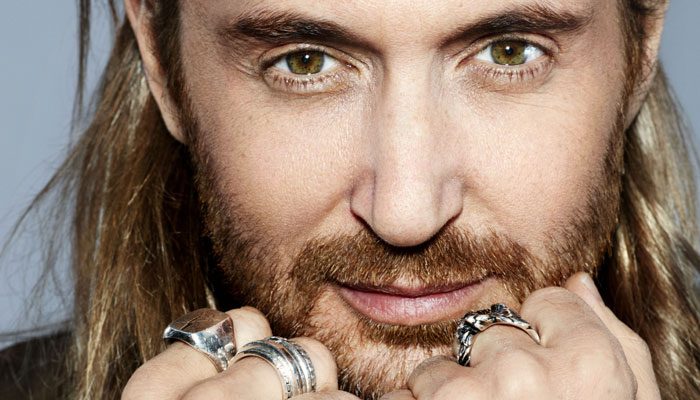 Whether he’s in the mood to “Crank It Up” with Akon or feeling “Dangerous” with Sam Martin, David Guetta has blazed a trail in electronic dance music that has led him to the millions – that’s fans, sales and followers.

His music has always been a genre-blending experience where the variables of dance music are fused with the vocals of R&B and pop artists. Since the late 2000s, it’s a formula that has worked for him on radio, at festivals and at his live shows. But just like most artists, Guetta knows when it’s time to do something new and switch the tempo.

Most recently, Guetta collaborated with his friend Robin Schulz on the mid-tempo track “Shed A Light.” It’s a breezy dance tune featuring Cheat Codes that’s perfect to usher in the New Year. But with festival season on the horizon, Guetta’s big-room attractions are in the foreseeable future with more new music on the way.

I was able to ask the Grammy Award-winner a few questions for our third interview about his music and Miami.

When we last spoke in 2009, it was following the success of “When Love Takes Over” featuring Kelly Rowland. Since then, you‘ve sold millions of albums and singles. To what do you attribute your success?
I was one of the leaders of a movement that was still small at the time. Even though everybody was saying it was impossible, I believed that this music could cross over on the radio, even in America. American radio stations were denying this huge movement at first, but maybe they gave me a chance because I worked with artists that they were already familiar with. I think this made them feel safer, and then when they received positive responses, they realized that young people wanted to hear that kind of music.

Your latest single “Shed A Light” is collaboration with Robin Schulz. What makes Robin a good partner to collaborate with?
I like the fact that we are both very melodic people. Production wise his approach is very different from mine, but musically we are on the same page. We might use different sounds but the overall approach is kind of similar.

“Shed A Light” is a smooth, mid-tempo dance track that can be heard on the radio, at the beach or pretty much anywhere. Do you have a preference when it comes to making more high energy, big room music, or making mid-tempo, melodic songs?
I love music, period. But I’m not going to deny that when it comes to DJing, I’m more into high energy music. This is also what I’m known for.

Can we expect any new music when we see you at Ultra in Miami in March?
Yes, absolutely. A lot of new music, actually.