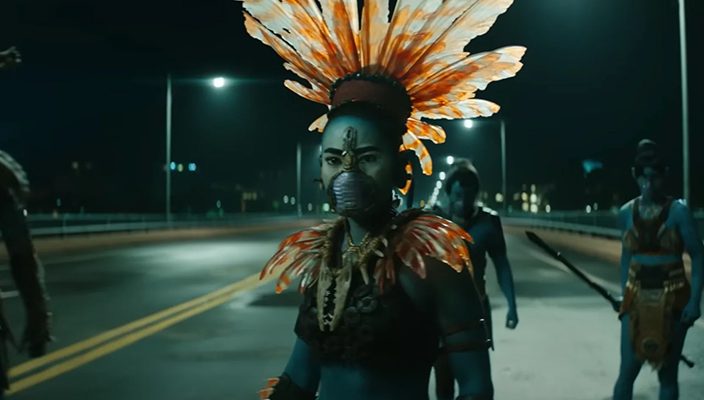 The Black Panther: Wakanda Forever teaser trailer was released at the San Diego Comic-Con over the weekend, and it is incredible. “Wakanda Forever” is the sequel to Marvel Studio’s 2018 blockbuster hit, Black Panther, which starred the late Chadwick Boseman.

The trailer opens with Nakia (Lupita Nyong’o) staring out into the ocean with a rendition of Bob Marley’s “No Woman, No Cry” setting the mood for the action-packed two-minute clip. The film will address the death of Boseman’s character while introducing a new character from the comics, Namor the Sub-Mariner.

Shuri (Letitia Wright) and Queen Ramonda (Angela Bassett) both make an emotional appearance in the trailer. Ryan Coogler directs the film, which will be released in theaters on November 11, 2022.